The Turkish government is jumping into the rapidly expanding electric car industry in a big way, as in $3.7 billion big.

The country is backing a project involving a consortium called the Turkish Automobile Initiative Group (TOGG). The company plans to begin marketing its first of five EVs models, a small SUV/crossover vehicle, in 2022.

The new project will create Turkey’s first domestic car company, a goal of the country for 60 years.

Not that Turkey doesn’t know a thing or two about carmaking already. The country is a major export hub for locally assembled vehicles that were developed by European, Japanese, South Korean and U.S. carmakers. 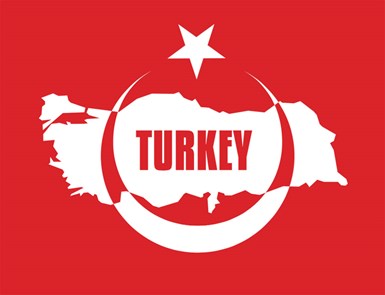 Last Friday’s decree by President Recep Tayyip Erdogan says TOGG’s EVs will be built at a complex in Bursa with eventual capacity to make 175,000 vehicles per year. The Turkish government vows to support the company with free land, tax breaks, cheap loans and a pledge to buy 30,000 of the company’s vehicles between 2022 and 2035.

The consortium is a who’s-who of Turkish heavyweights. The group is led by the country’s largest cellphone service provider (Turkcell) and four manufacturing conglomerates already involved in making cars in Turkey for foreign brands (Anadolu Group, BMW, Kok Group and Zorlu Holding).

Erdogan began nine years ago to urge Turkish companies to band together and form a car company. When such a group was created in 2017, its stated goal was to make an electric sedan based on the venerable Saab 9-3. The idea was to license the necessary technology from NEVS (National Electric Vehicle Sweden), a Chinese company, which had acquired bankrupt Saab Automobile’s assets and intellectual property in 2012.

It isn’t immediately clear whether NEVS is involved in the latest and notably expanded version of that plan. But the TOGG prototypes of an SUV and sporty sedan unveiled last Friday by Erdogan definitely don’t look like Saabs.

Erdogan says Turkey will have an EV charging network in place to support TOGG’s domestic sales by 2022. He also wants to establish the company as a global player.

What Are the Chances?

Having the unqualified backing of the government means that TOGG, unlike many EV startups, should be able to meet its launch target. The company also has a sales advantage domestically, made possible by that same government support.

Competing internationally is another story. Turkey’s membership in the European Union and the World Trade Organization will limit its ability to support its fledgling car company if and when TOGG sales expand overseas.

More important, TOGG will then be competing with well-established carmakers backed by mountains of brand equity and decades of experience. Breaking through to compete in the top-tier markets will be a very, very tall order.