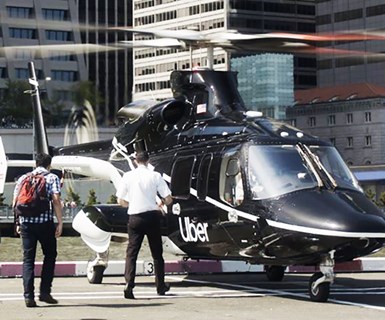 The service, which Uber has been testing since July, is now available to all Uber customers. One-way rides cost $200-$225, depending on surge rates, and include transportation in Uber cars to and from helipads.

The flight takes about eight minutes. Passengers are limited to a personal item (purse or laptop bag) and small carry-on.

The Bell helicopters are owned and operated by HeliFlite Shares LLC, which offers service on weekdays from 1 p.m. to 6 p.m. Currently, such trips can be booked only on an Apple iPhone.

Additional destinations could be added later. Uber also may expand its multimodal platform to include such forms of transportation as scooters and bikes.

Critics note that the service is more than twice as expensive as a cab or car-only Uber ride and may not save much time when transportation to and from the helipad is factored in. Others point out that helicopters generate more air and noise pollution than cars.