Travis Kalanick, the corrosive co-founder and ex-CEO of Uber Technologies, has quit the board and will sell off his remaining shares in the ride-hailing service this week.
#people

Travis Kalanick, the corrosive co-founder and ex-CEO of Uber Technologies, has quit the board and will sell off his remaining shares in the ride-hailing service this week.

Kalanick propelled Uber into a global presence with a ruthless—and sometimes reckless—approach to business that was driven by a philosophy of growth at all costs. The strategy, built in part on ignoring local regulations about Uber’s fresh take on taxi services, also nearly crashed the company. 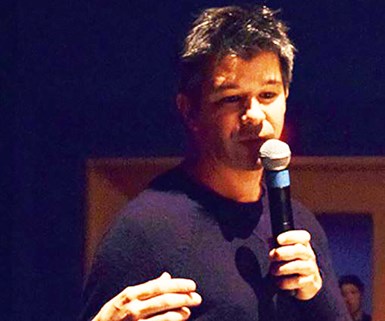 Kalanick and co-founder Garrett Camp launched Uber in 2009. By 2016, the company had defined the ride-hailing industry with operations in more than 70 countries and a market value of some $50 billion. All in spite of massive annual losses.

By 2017, Kalanick’s management style had embroiled the company in numerous controversies. Among them: spying on its own drivers, deceiving regulatory agencies and creating a toxic work environment for women. All were linked to Kalanick and his abrasive style.

The company’s free-wheeling culture took its toll on management too. During the first half of 2017, executive resignations included the company’s president, senior financial officer and the heads of production, engineering, PR, global vehicle programs, artificial intelligence development, autonomous vehicle development and Asian operations.

Kalanick, conceding he needed to “grow up” as a manager, agreed in June 2017 to take a sabbatical from the company. He was tossed out of his CEO job a week later by investors, who had seen enough. Kalanick continued as a board member, albeit an uncharacteristically low-profile director.

Last month Kalanick sold about 20% of his stake in Uber, collecting $547 million. The 43-year-old tycoon has been selling off his remaining 78 million shares, valued at about $2.4 billion. He formally resigned from the board yesterday and says he will dispose of the balance of his Uber holdings later this week.

Kalanick says he will focus on philanthropic pursuits and his new company, CloudKitchens. The startup operates a network of kitchens that delivery-only restaurants can use to prepare food for services as DoorDash, Grubhub and Uber’s own UberEats.

Meanwhile, Kalanick’s successor at Uber, Dara Khosrowshahi, has been busy repairing the company’s reputation. He also is striving to get Uber’s costs under control, while establishing a notably quieter and more sustainable approach to business.

Those efforts have been well received. But investors haven’t shed the skepticism that set in as the Kalanick era ended. Uber. which launched an initial public offering in May at $45 per share, hasn’t matched that price since July. The stock has been selling below $31 since early November, with investors increasingly impatient about Uber’s ability to earn enough to sustain itself.