SMMT figures show increase over Q1 2019—thanks to January and February. The lockdown in March, however. . .
#europe

However, as Mike Hawes, chief executive of the Society of Motor Manufacturers and Traders (SMMT), noted, “The boost in bus and coach registrations at the start of the year was nearly erased by lockdown measures introduced in March. As we expect this trend to continue into the second quarter, manufacturers and the wider sector are rightly concerned with what happens next.” 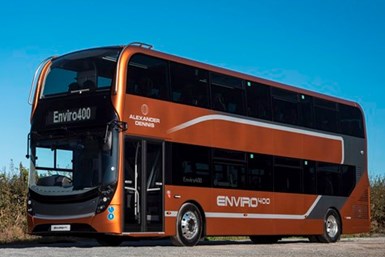 We can probably guess what happens next, and it won’t be an increase.

This is undoubtedly more the case because the reason for the rise is the fact that there was a 106.8% increase in the registration of minibuses. Single- and double-deck buses both declined (21.3% and 61.2%, respectively).

One can only anticipate that riders are going to be less inclined to climb into a minibus than a double-decker, particularly if said double-decker provides space for social distancing.