Auto production is reviving in major global markets. But the pace lags in the U.K., where output is likely to fall to its lowest total since the early 1980s.

And because of the still-expanding coronavirus pandemic in the U.K., only about half the region’s auto plants will be operating at any level by June 1, SMMT predicts. 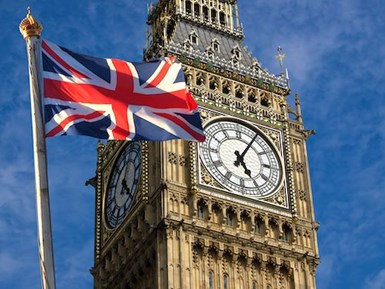 The trade group calculates that the leisurely pace of recovery will lop about 400,000 units off this year’s total. If so, the trade group says, Britain’s full-year output could drop to fewer than 1 million units in 2020.

The erosion will cost the U.K.’s auto industry some $15.4 billion in factory wholesales this year, SMMT figures. But it’s not all COVID-19’s fault.

Britain’s auto industry was already in free fall when the health crisis began three months ago. The sector has been battered for the past 18 months by the U.K.’s agonizingly slow departure from the European Union.

Brexit originally was to be completed by April 2018. But details—including all-important tariff decisions—are still being worked out. Government aid to buoy the industry through the process has been notably tepid.

Repeated delays have wreaked havoc on production schedules and hiked operating costs. Ironically, the emergency procedures set up to deal with Brexit also helped cushion the impact of the coronavirus.

The herky-jerky Brexit process also has dried up investment in Britain’s auto industry at just the wrong moment. As every carmaker knows, the cost of keeping abreast of technology innovation is at an all-time high.

Where does this leave Britain’s auto industry? Sadly, continuing down an increasingly slippery slope.

Brexit may appeal to Britain’s sense of country. But its still-uncertain trade implications, coupled with the industry’s other woes, leaves little incentive for globally-minded carmakers doing business in the U.K. to stay the course.