The U.K.'s House of Commons has approved by more than 3:1 a measure that would make it a crime to smoke in a car with child passengers on board.
#oddities 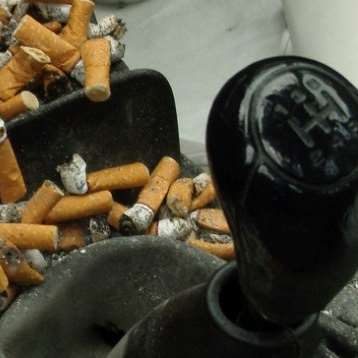 The U.K.'s House of Commons has approved by more than 3:1 a measure that would make it a crime to smoke in a car with child passengers on board.

The bill now goes before the House of Lords, then to the Queen for approval before being signed into law. Observers say the strong support shown so far makes it likely the measure will be approved and become law by about May 2015.

Once enacted, the law will impose a fine on adults caught smoking in a vehicle with children inside. Critics say the measure may be difficult to enforce and question whether it infringes upon personal freedoms.

The bill was inspired by new research linking second-hand smoke to increased health problems in children. Consumer Reports, for one, cites a British study that found smoke levels inside cars with smokers typically three times as high as the maximum safe level recommended by the United Nations' World Health Organization and with peaks of 35 times as high. The study says levels remain above WHO-recommended maximums even with the windows open.

England won't be the first to ban smoking inside cars carrying under-age children. Similar rules are in place in Australia, parts of Canada and in the U.S. in Arkansas, California, Louisiana, Maine, Oregon, Puerto Rico and Utah. Others states are pondering bans.