U.K. to JLR: No Special Bailout for You

Jaguar Land Rover can forget about special government aid to help it through the COVID-19 pandemic. 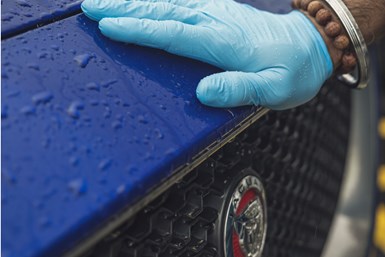 Only six companies have plunged into deep negotiations for the special funding, including JLR and Tata Steel, both of which are owned by Indian conglomerate Tata Group.

JLR and Tata Steel collectively employ some 38,000 people in the U.K. The carmaker lost more than $1.3 billion through the first seven months of 2020. Tata Steel, which operates Britain’s largest steel plant, has failed to turn a profit in Britain for a decade.

JLR hopes to cut costs by $3.3 billion this year, and it has lined up $705 million in funding from Chinese lenders. Tata Steel says it continues “constructive talks” about other types of government support.

Other government-backed loans have already distributed some $53 billion to British companies hit by the pandemic. JLR’s poor credit rating disqualified it for conventional emergency aid through the Bank of England.

But Project Birch decided JLR should turn to its owner for financial aid. At the same time, JLR bridled at the program’s requirement about carbon emissions that would have forced it to accelerate plans to phase out diesels and electrify its fleet, according to the newspaper.

Project Birch includes a payback option that could make the British government a part owner in affected companies. FT says only one business, the local arm of Spanish steelmaker Celsa, has so far completed one of the special loans.

JLR isn’t feeling much love from the British government lately.

He also says Britain wants to avoid owning equity in troubled companies. It isn’t clear whether Sunak, a fast-rising star in British politics, includes JLR in either of those categories.