U.S. Car Fleet Older than Ever

An average 11.9 years old and aging as new-car sales stumble

The average light vehicle on American roads is a record-high 11.9 years old, according to IHS Markit. 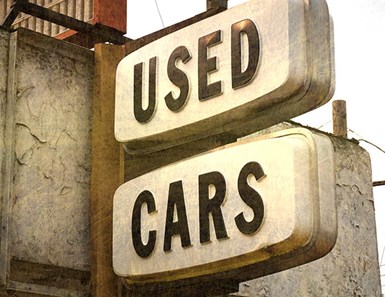 The numbers have been creeping up since at least 2002, when the average age of a vehicle in the U.S. fleet was 9.6 years.

Pundits have attributed continued aging—which has occurred in spite of a decade of booming new-car sales—to gains in vehicle reliability and durability.

The firm says COVID-19 is a factor that will likely accelerate the age of the fleet and change the way vehicles are used for years to come. The pandemic, says Todd Campau, associate director of aftermarket solutions, “has created the perfect storm to accelerate U.S. light vehicle average age in the coming years.”

IHS Markit says the combined effects of the health crisis could age the U.S. fleet by as much as six months, a huge jump in historical terms, over the next few years.

The firm notes that new-car sales are being hammered by today’s work-at-home, stay-at-home mentality, coupled with uncertainty about the job market. Not surprisingly, nervous consumers are more inclined to hang onto the vehicles they already own.

That doesn’t mean actual vehicle miles driven will go down in the medium term. Routine commuting mileage has dropped sharply since March. But IHS Markit points out that more people are opting to drive rather than fly on vacation trips. They also are more likely the use of their own vehicles as an alternative to mass transit or ride-hailing services.

What does all this mean? IHS Markit sees plenty of opportunity for aftermarket parts suppliers and independent repair shops. The short-term outlook for OEMs isn’t so rosy.

But if historical trends are any indicator, a sharp slump in new-car sales this year will lead to a strong upturn in demand when the pandemic is controlled and the U.S. economy regains its momentum.