Upturn likely to begin in May, but consumer confidence will define the pace
#Volkswagen #dealers #Audi 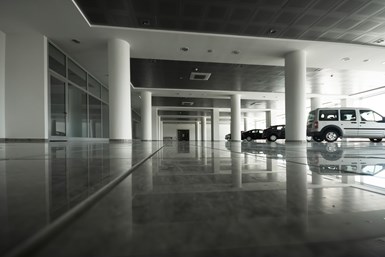 On the other hand, that total was the worst result for any month since at least 1990, says Edmunds.com, the online car shopping service.

April sales volume in the U.S. was down 53% from the same month last year, and 37% below March, when already-falling sales totaled nearly 1.6 million units.

Edmunds.com, the online car shopping service, calculates that April’s year-on-year declines ranged from 45% for Audi-Volkswagen to 63% for Nissan.

On an annualized basis, April’s sales pace was 7.7 million units. That compares with 17 million-plus annual deliveries in each of the past five years.

Nobody expects the U.S. market will linger at April’s gloomy rate for long. Edmunds, for one, predicts sales will perk up in May. But the pace will depend upon the willingness of the consumer to buy.

“With employment and consumer confidence at new lows, the question remains,” says Jessica Caldwell, Edmunds’ chief analyst: “will people be in the position to purchase new cars?”

Relaxing statewide shelter-in-place orders so would-be buyers can get out of the house is a step in the right direction. But Caldwell points out it won’t matter if consumers feel they need time to get their personal finances back on track before considering any big-ticket purchase.

The same can be said for major auto markets everywhere. IHS Markit predicts global sales of new cars will decline 22% this year, including a 27% drop to 12.5 million units in the U.S.

(The market analysis firm forecasts that light vehicle sales this year will shrink 25% to 21.4 million units in China and 25% to 15.5 million in Europe.)

Not everyone—former Ford CEO Mark Fields, for one—agrees with such sobering forecasts. He believes erosion will be held to 15% this year. He also is optimistic about a rebound.

On the Bright Side

And then? The market promptly rebounded. By 2012, sales were at 14.5 million units and climbing briskly.

Can the market do it again? Why not?