This year deliveries of cars and light-duty trucks in the U.S. will drop below 17 million units for the first time since 2014.
#GeneralMotors #Chevrolet #americas

This year, deliveries of cars and light-duty trucks in the U.S. will drop below 17 million units for the first time since 2014.

So says Augusto Amorim, who heads LMC Automotive’s forecasting for the Americas. He anticipates more sales incentives on the retail side, plus a renewed push for low-margin fleet sales.

Both moves will help prop up volume and defend market share at the expense of profits.

LMC says we may never again see a worldwide sales total as big as the 95.2 million light vehicles delivered in 2017. The firm explains that worsening traffic congestion in large, high-income cities, coupled with the rise in alternative ways to get around, will throttle growth.

Back in the U.S., Amorim says four big battles will shape this year’s American market. His take:

The battle for second place in America’s fullsize truck market will be especially bruising this year, LMC says. 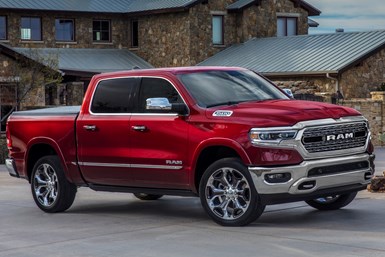 But that was an unfair fight. Silverado availability was hobbled by the United Auto Workers’ 40-day strike against General Motors over a new labor contract. Any further disruptions aside, the Silverado should be able to regain its second-place position by a slim margin, Amorim predicts.

SUV/crossover vehicles controlled 48.8% of U.S. light-vehicle sales in 2019. But growth in that segment slowed to less than 3%. Even so, SUVs seem likely to capture more than 50% of passenger vehicle sales this year. In fact, monthly SUV sales did just that in August, November and December last year.

Compact crossovers are now the largest single vehicle segment in the U.S. Unit sales in that segment declined, along with the overall market, in 2019. But the segment held a 19% share and will increase it to 20% this year, Amorim says. 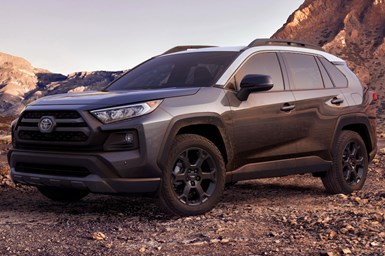 Ford’s F-150 pickup will remain the market’s best-seller, as it has for decades. But Toyota’s RAV4 small crossover is America’s second-most-popular model, and Amorim expects the brand’s Tacoma pick will continue as the best-selling midsize truck in the U.S.

LMC notes that Ford’s SUV sales in 2019 were hurt by launch stumbles for its high-volume Escape and Explorer models. Amorim notes that the same could happen this year if Ford fumbles its overhaul of the F-150 later in the year.

LMC forecasts that troubles within the Renault-Nissan-Mitsubishi alliance—led by an aging product lineup—will continue to erode U.S. sales for Nissan and its Infiniti luxury brand in 2020.

Last year Nissan cut spending on incentives and reduced its low-profit fleet business. The result: Sales volume skidded 9% in a market that dipped 1%. With no new models for Nissan or Infiniti due this year, more erosion is likely, according to LMC.