Trump announced the new import taxes, set to take effect on Sept. 1, largely because he says China has failed to meet a promise to buy U.S. agricultural products “in large quantities.” 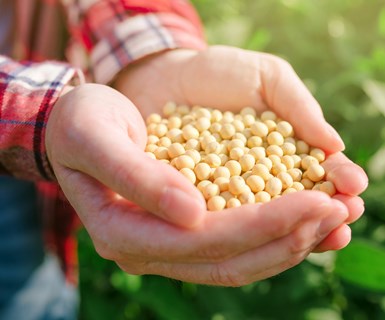 That deal was intended as a goodwill gesture that would suspend new U.S. tariffs as the two countries struggle to come up with a broader trade pact. At the time, Treasury Secretary Steven Mnuchin predicted China would hike its import of U.S. farm goods at least 35% this year.

China’s National Development and Reform Commission insists it has responded as promised. It says China’s July purchases of American farm goods included 2.3 million tons of soybeans, with another 2 million tons to come in August.

The commission also says China agreed within the past two weeks to buy another 130,000 tons of U.S. soybeans, plus 120,000 tons of sorghum and 75,000 tons of hay. But the agency apparently did not provide figures for prior purchases with which to gauge the July import volumes.

The Nikkei says U.S. Dept. of Agriculture’s records show the U.S. exported only 1.6 million tons of soybeans to China between late June and early August.