Buyers grow more skittish about the next six months.

Consumer confidence in the American economy this month fell to its lowest level since 2014, says The Conference Board. 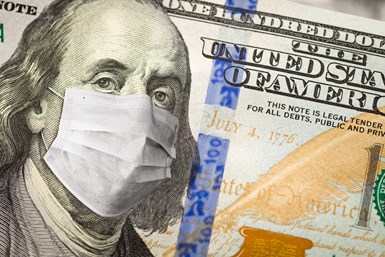 The ratio of adults planning to buy a new car—less than 10%—is at its second-lowest level in a decade, according to the business research group’s Consumer Confidence Survey.

The 106-year-old think tank notes that consumers were bullish about current conditions all last year, with an index that averaged about 170 (The benchmark of 100 was set in 1985).

But that measure plummeted to the mid-70s in April-May at the depth of the COVID-19 pandemic. It rebounded to nearly 92 in July but retreated “sharply” to less than 85 this month, as consumer optimism tanked again, the group says.

Only 16% of respondents consider current business conditions “good,” and 44% describe them as “bad.” The proportion of consumers who believe jobs are “hard to get” jumped to 25% from 20% in July.

The Conference Board attributes consumer jitters to worries about employment, personal financial well-being and whether new federal stimuli measures will materialize.

The board’s overall Consumer Confidence Index—which combines measures of optimism about both current conditions and those expected six months from now—fell below 85 in August from nearly 92 in July and above 130 in January.

The numbers show that consumers remain very skittish about the strength of the American economy as the battle to contain COVID-19 continues.

Those concerns, The Conference Board cautions, will “likely cause spending to cool in the months ahead.” Its research shows only 30% of consumers expect better economic conditions six months from now, down from nearly 32% who thought so last month.

That’s worrisome, since consumer spending defines about 70% of the U.S. economy.