U.S. Will Finally Get Diesel-Powered Mazda6

Nearly a decade in the making, the new oil burner may have passed its sell-by date
#Audi #Chevrolet #GeneralMotors

The Mazda6 sedan is going to offer a diesel option by year-end.

If this sounds familiar, it should. The carmaker has been talking about bringing a diesel-powered Mazda6 to the U.S. (such configurations already are available elsewhere) for a decade. 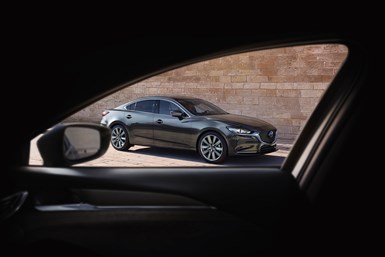 But now the company actually has filed paperwork with the California Air Resources Board for putting a 2.2-liter diesel in the midsize sedan, which usually is a pretty good indication that it’s going to happen.

Plus, Mazda has confirmed the plans, sort of. While the company acknowledges the CARB certification, it’s been light on the details, saying only that more information will be released “at the appropriate time.”

Do Mazda Customers Want a Diesel?

Mazda launched the latest Skyactiv-D engine a year ago in Europe. Featuring a two-stage twin turbocharger with variable turbine geometry, the powerplant boasts a diesel-best compression ratio of 14.0:1. 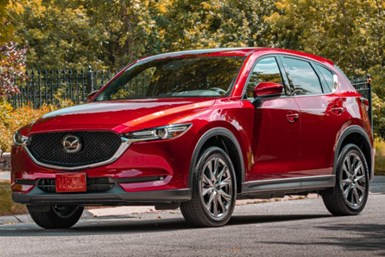 The first vehicle to get the engine in the U.S. is the 2020 CX-5 crossover. So far, the plan hasn’t gone well, albeit with a limited sample size. Mazda reportedly already is offering $10,000 discounts on the diesel-equipped CX-5, which stickers for about $4,000 more than its gasoline counterpart.

As with the CX-5, the Mazda6 diesel will be limited to the top-end Signature trim package, further limiting sales potential.

Diesels account for only about 3% of U.S. light vehicle sales. Most such models are big pickups and SUVs—even more so than in the past.

Efforts to reimagine the engines as “clean turbodiesels” promised to jumpstart sales. Then Volkswagen got caught cheating on its emissions tests, effectively killing the U.S. diesel car market.

Just a handful of diesel cars and crossovers remain. Audi, BMW, Mercedes and VW have dropped the option here. The Chevrolet Cruze, including the diesel variant, was discontinued altogether.

Hope for the Future

Not everyone has given up on diesels. General Motors, Jaguar Land Rover and Jeep still offer the technology in select cars and SUV/crossovers.

Interestingly, the CX-5 is one of the highest-rated of the bunch. But then again, Mazda has a history of powertrain innovation, starting with its signature rotary engines and the Skyactiv-X. The latter, which was launched last year in Europe, combines aspects of gasoline and diesel engines.

Mazda also is developing a next-generation diesel that will feature an unspecified new approach to compression-ignition technology. The powerplant is said to be clean and “very efficient.” Whether there’s a market for it remains to be seen.