The White House formally hiked tariffs to 25% from 10% on $200 billion worth of Chinese goods this morning after trade talks failed to resolve the U.S.-China trade war.
#asia 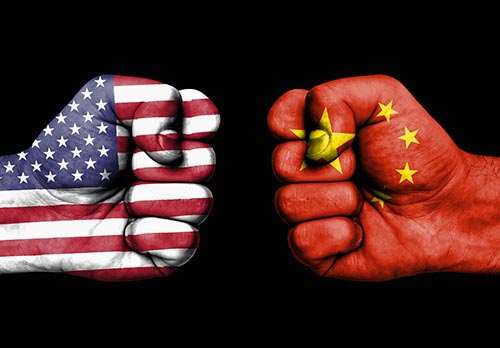 The White House formally hiked tariffs to 25% from 10% on $200 billion worth of Chinese goods this morning after trade talks failed last night to resolve fundamental issues to resolve the trade war between the U.S. and China.

The U.S. also will continue previously imposed 25% tariffs on some $50 billion worth of high-tech Chinese products. President Donald Trump also says the U.S. will prepare to expand the 25% tariff to an additional $325 billion in Chinese goods, thus covering virtually all products from the country.

China already levies its own punitive tariffs on $110 billion worth of goods and agricultural products from the U.S. The country says it will add new but unspecified “countermeasures” in response to this morning’s levies.

The new U.S. tariffs reportedly will apply to products that leave port for the U.S. beginning today, and not to goods already in transit. It’s also possible that the Trump administration could reverse the tariffs if an agreement is reached soon.

Both countries have agreed to continue trade talks this morning. But the prospects appear dim that China will agree to a key U.S. demand: that China write into law reforms dealing with protection of intellectual property and limits to government support for domestic companies.

China has proposed addressing those issues through administrative and regulatory policy. U.S. negotiators fear anything less than codifying the trade pact will make enforcement difficult.

China Vice Premier Liu He, who is leading his country’s negotiations in Washington, D.C., indicated last night that China is prepared to compromise but not to meet all of the Trump administration demands. “We want to resolve some of the differences we face honestly, confidently and rationally,” he told China Central Television.

U.S. negotiators have become considerably more skeptical about China’s interest in a workable agreement. The turning point came late last week when, they say, China reneged on several key elements thought to have been settled in earlier negotiations.