President Donald Trump and Prime Minister Shinzo Abe agreed yesterday to the elements of a trade deal between the U.S. and Japan.
#asia

President Donald Trump and Prime Minister Shinzo Abe agreed yesterday to the elements of a trade deal between the U.S. and Japan. 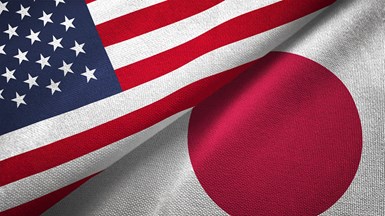 Trump describes the agreement as a “great deal,” and says the two leaders hope to have something more definitive to sign late next month.

U.S. Trade Representative Robert Lighthizer says the deal will create a market in Japan for more than $7 billion in American agricultural products. In return, Trump has suspended his threat to impose a 25% levy on cars and auto parts from Japan. Those products currently face a 2.5% tariff, which continues.

But Japanese negotiators remain nervous because Trump hasn’t ruled out reviving the specter of the heftier tax, which would be imposed on the grounds that Japanese imports present a threat to U.S. national security.

“It’s something I could do at a later date if I wanted to,” Trump tells reporters. He adds, “We just want to be treated fairly.”