The coronavirus pandemic is rapidly affecting more and more carmakers and their facilities worldwide.

The impact has yet to hit the U.S. in a big way. But it’s coming. 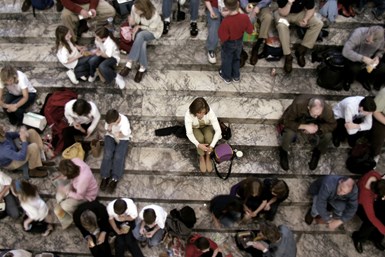 President Donald Trump, who had been optimistic about quickly curtailing the spread of the virus until now—urging the public yesterday to “just relax”—has a new view on the epidemic.

“It’s bad,” he told reporters earlier today. “This is a very bad one.”

Trump now believes the U.S. may not emerge from the crisis for another six months. He also acknowledges that country’s booming economy could slide into recession as a result, something many economists have been predicting for weeks.

As the federal government ramps up its response to the crisis, states, cities and businesses are moving ahead with their own programs.

Toyota has divided its administrative and financial operations in Texas into smaller teams. The teams will alternate working from home and coming into the office. It’s a novel way to reduce exposure for administrative staffers while minimizing disruptions and preserving some social interaction.

Health officials say these “social distancing” efforts won’t necessarily reduce the total number of people affected by the pandemic. But the moves can lower the peak, thereby helping the healthcare system cope with the small proportion of cases that will require hospitalization.

Of course, the stay-at-home option doesn’t apply for people who work in manufacturing, warehousing and logistics. With those employees in mind, the CEOs of GM, Ford and FCA announced yesterday they are joining the head of the United Auto Workers union to lead a task force aimed at keeping their plants operating and their workers healthy.

The initiative will focus on: 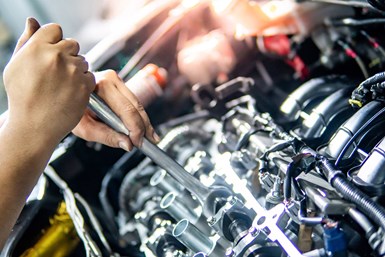 “This is a fluid and unprecedented situation,” the CEOs note in a joint statement. They vow that their task force “will move quickly to build on the wide-ranging preventative measures we have put in place.”

As officials move to control the spread of the coronavirus, Europe provides a cautionary tale.

Last week the region became the new global hotbed of new COVID-19 cases (more than 53,700 reported  as of noon today—and almost 4,000 more by the end of the day).

The pandemic, and efforts to slow its spread, have already disrupted companies that make half the cars sold in Europe. This week, the impact will rise significantly as more carmakers announce plant closures:

Dealers across Europe report a sharp drop in sales. Demand in Italy plunged by one-third in the first half of March and could end the month more than 80% below the same period last year, a source tells Automotive News Europe.

China’s auto industry reported a similar sales slump in February. Now manufacturers are gradually resuming operations, as cases of COVID-19 continue to grow but at a much slower pace.

In Hubei, where the outbreak began in late December, government officials say parts suppliers are returning to production in “an orderly manner.”

Honda began ramping up production at its plant in Wuhan last week after local government authorities removed restriction on the ability of people to return to their jobs.

Toyota, which saw its plant in Guangzhou suspend operations entirely for a month, said the facility would resume relatively normal operations today. Two other factories, in Changchun and Chengdu, are already back online. A plant in Tianjin is up and running too, but on only one shift rather than two.

In the probable event that the coronavirus is here to stay for a while, the U.S. car market is certain to suffer.

How bad? LMC Automotive figures the crisis could eliminate 300,000 vehicle sales in the U.S. this year. The Center for Automotive Research in Ann Arbor, Mich., warns that auto plant closures are inevitable and estimates the loss of just one week’s worth of sales would cut more than 94,000 jobs.

Whether sales will fall as dramatically as they have in China and Italy seems unlikely. But U.S. car sales, not available production capacity, will be the number to watch over the next two months.