Safety officials confirm that a 17th person has been killed in the U.S. by an exploding Takata airbag inflator. 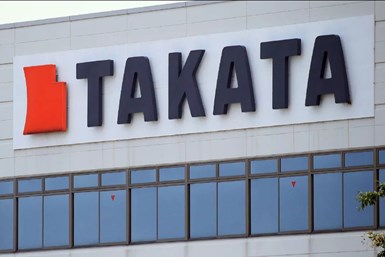 The latest death occurred in March and involved a 2002 model Honda Civic small sedan that crashed in Mesa, Ariz.

It’s been more than two years since the last such death, which also involved a 2002 model Civic, was recorded in the U.S. With 18.7 million affected vehicles on the road here, Honda is by far the most heavily exposed carmaker, according to the National Highway Traffic Safety Administration.

Honda says it made multiple attempts over the past eight years to contact registered owners of the most recently involved vehicle, including mailing out more than 15 recall notices. The driver killed in the August crash was not the registered owner.

Previous-generation Takata inflators used a propellant that could degrade over repeated exposure to heat and/or high humidity. A compromised device may misfire when triggered by a crash, either underinflating or exploding and spewing metal shrapnel into the cabin.

Carmakers began recalling cars a dozen years ago to replace Takata inflators. Since then, 19 companies have joined in the campaign to replace as many as 90 million affected devices in the U.S. alone.

Tracking down which types of Takata inflators ended up in what vehicles has been extraordinarily complex. It didn’t help that Takata lied to regulators about the nature and scope of the problem.

In 2017, the company filed for bankruptcy after agreeing to pay $1 billion to settle criminal charges related to the coverup. Takata’s inflator capacity was acquired later that year by Michigan-based Key Safety Systems, now called Joyson Safety Systems, which is now using the assets to make safer inflators.

Even now, the number of potentially defective devices keeps growing. Takata added 10 million devices to the list in January. NHTSA has been managing the recall process by prioritizing certain models and then staging callbacks in multiple waves.

The agency estimates that about 20% of affected inflators—some 18 million devices—still haven’t been replaced by a safe alternative.

Early on, a lack of options prompted carmakers to swap flawed inflators with identical, but brand new, devices until more durable units could be installed in a second recall.

What You Can Do

To find out if your vehicle is part of a Takata inflator (or other) recall, round up its vehicle identification number and visit safecar.gov.