U.S. regulators may order General Motors to more than quadruple a 2-year-old recall of SUVs with windshield wiper systems that could stop working.
#Chevrolet #GeneralMotors #GMC

Safety regulators in the U.S. are deciding whether General Motors should more than quadruple a 2-year-old recall to fix windshield wiper systems that may suddenly stop working. 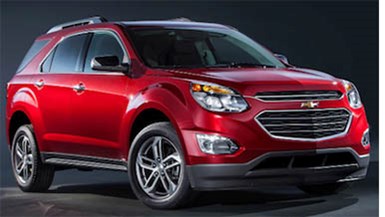 In 2018, GM called back nearly 368,000 of its 2013-model Chevrolet Equinox and GMC Terrain SUVs because their wiper mechanisms could corrode and fall apart. But investigators with the National Highway Traffic Safety Administration now suspect the problem may affect 1.7 million older and newer versions of those vehicles.

GM is cooperating with the agency. But the company thinks those complaints may have more to do with publicity about the original batch of SUVs rather than real defects.

That may be wishful thinking. When NHTSA upgrades an initial evaluation to an “engineering analysis,” as it has done here, an order to recall usually follows.

An expanded recall hasn’t happened yet. But owners of potentially affected vehicles can check periodically on the status of their trucks by visiting NHTSA’s online recall portal at safercar.gov.