The Trump administration is reinstating a 10% tariff on most aluminum from Canada, claiming the tax is needed to defend U.S. jobs.

The move, which is set to begin on Aug. 16, comes less than six weeks after the U.S.-Mexico-Canada Agreement to effect and will complicate the auto industry’s scramble to meet the trade pact’s new local content requirements. 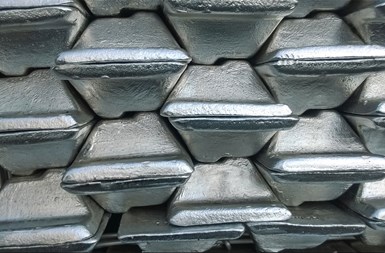 The revived tariff will apply to non-alloyed, unwrought aluminum from Canada, according to the White House. That form of the metal accounts for more than 70% of Canada’s aluminum shipments to the U.S.

The U.S. Chamber of Commerce describes the levy as a “step in the wrong direction” that will raise U.S. manufacturing costs and trigger punitive taxes on American exports.

USMCA was predicated in part on the assumption that U.S. steel and aluminum tariffs would not apply within the trade zone. But in announcing the revived tax yesterday, President Donald Trump said aluminum producers in Canada broke their commitment not to flood the U.S.

Canada has already pledged a dollar-for-dollar retaliation to what it describes as an “unwarranted and unacceptable” maneuver by the U.S.

The White House first imposed tariffs on foreign steel and aluminum of 25% and 10%, respectively, in June 2018, asserting it was necessary for the sake of national defense. Ford complained a few months later that the taxes made domestically produced steel the world’s most expensive.

The U.S. lifted levies on Canadian and Mexican steel and aluminum in May 2019 to help revive USMCA talks. But the U.S. also warned it would reactivate the tariffs if the partners failed to control the flow of cheaper steel and aluminum through their countries from overseas suppliers.

Yet that, Trump says, is exactly what has happened. The White House didn’t offer data to quantify the increase. But U.S. Trade Representative Robert Lighthizer said more than a month ago that U.S. aluminum producers were reporting a surge in volumes of the metal coming from Canada.

The U.S.-based Aluminum Assn., describing itself “incredibly disappointed,” says U.S. demand for aluminum is down 25% this year, and imported primary aluminum from Canada fell 5% in the first half. The group concedes that the imported unworked metal from Canada is up, but it says the increase has been offset by declining shipments of alloyed aluminum.

The association contends that the real underlying issue is China’s subsidy-driven 60% overcapacity.