The U.S. plans a review and likely tune-up of the process used to set and enforce vehicle safety standards. 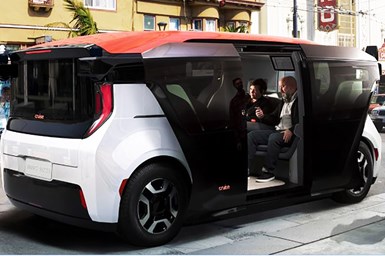 The focus will be on the National Highway Traffic Safety Administration and how it creates and enforces the complex array of Federal Motor Vehicle Safety Standards.

The review will be conducted by the U.S. Dept. of Transportation’s independent inspector general’s office. It comes less than five months after NHTSA proposed a major rewrite of FMVSS rules to enable the rollout of self-driving vehicles.

Under current rules, even a vehicle designed to avoid all collisions and never be operated by a human must be equipped with a steering wheel, brake and accelerator pedals, windshield wipers, people-friendly headlamps, airbags and impact-absorbing bumpers and structural members.

The same requirements apply to automated delivery vehicles that are neither designed for nor configured to carry people.

Future mass producers of completely robotic vehicles want to avoid the weight and cost of installing all that useless hardware. A handful of carmakers, notably General Motors, has been asking for updated rules for at least two years so its Cruise Automation unit can use public roads to test shuttles that have no controls for humans on board. 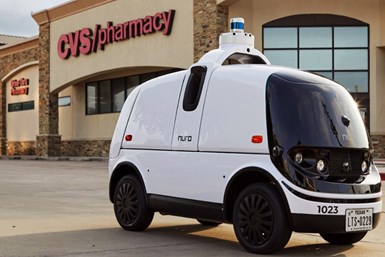 Skeptics fret that NHTSA’s leisurely pace could stall regulatory reforms for autonomous vehicles and blunt the competitive edge of their U.S. developers. The inspector general’s announced review could inject some hustle into the process.