China’s two-year slump in car and truck sales may be over.

April wholesales, led by a 30% jump in commercial truck deliveries, rose 4% to 2.07 million units, according to the China Assn. of Automobile Manufacturers (CAAM). Passenger car shipments were 3% below year-earlier levels.

The upturn ends a slide that began in June 2018. Factory sales to dealers nosedived 79% in February and 43% in March in China as the coronavirus epidemic spread from its roots in Wuhan. 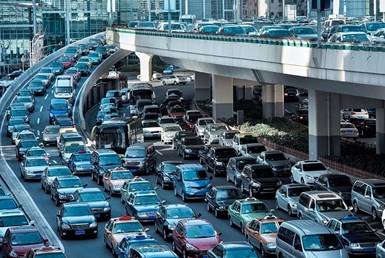 By February, China’s vehicle production had plummeted 80%. But some plants were back in operation 15 days later.

CAAM had expected a stronger sales surge in April. It now anticipates the acceleration will happen in May and June.

The trade group may be right. General Motors, Nissan and Volkswagen all report improved retail sales in China last month. The gains range from 1% for Nissan to 14% for GM. VW says its retail business in the country is already close to last year’s pace.

Even so, CAAM estimates that full-year wholesales will drop 15% to less than 22 million units this year. In January, the group had predicted a 2% dip.

Some experts anticipate a wave of new-car retail purchases by consumers who want to avoid public transportation.

China’s central government is supporting that thinking by extending tax breaks and encouraging large cities to relax their limits on license plates.