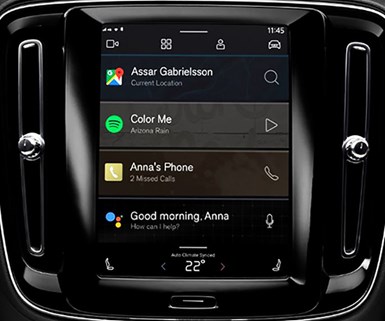 The upgraded Android technology will provide additional voice activation features and is easier to use and update than the first-generation platform introduced in 2016. Volvo’s 2020 Polestar 2 EV also is using the new Android system, while General Motors and Volkswagen have announced plans to add it in coming years.

The embedded system enables motorists to access a variety of Google-based services and other smartphone apps in their vehicle. The platform doesn’t require the presence of a smartphone or use of an Android Auto interface.

Drivers can use their voice to operate Google Assistant, which provides control over the car’s climate settings, navigation, music playback and messaging. They also can control smart-home devices from the vehicle or remotely monitor and control various vehicle systems.

The XC40 EV will be unveiled next week in Los Angeles.