Can trucks save the hydrogen-based technology after a tepid response to fuel cell cars?
#covid-19 #tech #sustainability

Despite more than 30 years of developing fuel cell technologies, Daimler has little to show for its efforts. 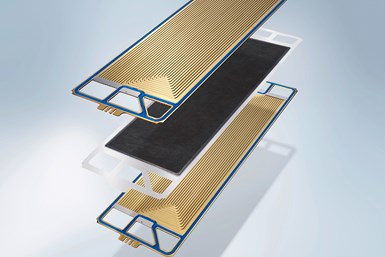 Its applications to date have been limited to a few prototype models and the limited-edition Mercedes-Benz GLC F-Cell crossover. That vehicle, which is actually a plug-in hybrid that can be operated under battery or fuel cell power, is available only for lease in a handful of German cities since it was launched in late 2018.

With Mercedes turning more toward pure EVs (starting last year with the EQC crossover), Daimler is shifting its fuel cell activities to commercial trucks. And it plans to form a joint venture with Volvo Group to share the costs.

The deal, which is expected to be finalized by year-end, would encompass all of Daimler’s current fuel cell activities, including its Mercedes-Benz Fuel Cell (MBFC) subsidiary. Volvo would invest €600 million ($652 million) for its stake in the 50:50 venture.

Both partners aim to launch fuel cell-powered heavy-duty trucks sometime after 2025, using technology developed under the new company. They also plan to explore other automotive and non-automotive applications. 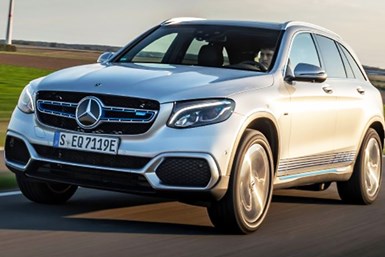 Formed in 1997 as XCELLSIS (and later known as NuCellSys), MBFC has developed fuel cell and hydrogen storage systems for various applications, including the GLC F-Cell and Mercedes Citaro city bus. The company has facilities in Germany and Canada.

Daimler and Volvo note that commercial trucks are well suited for fuel cells. Such applications typically have fixed routes and return to a common facility, where they can be refueled on site overnight. This alleviates concerns about the shortage of hydrogen stations until a supporting infrastructure is created.

Others are moving in the same direction. Last month, Toyota (the leading fuel cell proponent) announced a partnership with its Hino affiliate to jointly develop a hydrogen-powered truck.

Honda and Isuzu also agreed to cooperate on an advanced research program that eventually could lead to Honda’s fuel cell technology being adapted for use in Isuzu’s heavy-duty trucks. Separately, Nikola, an Arizona-based startup, is working with Bosch to launch several fuel cell and all-electric, heavy-duty trucks.

Volvo and Daimler point out that such development partnerships are even more important as research budgets likely will be tightened, at least in the short term, due to the effect the coronavirus is having on automotive sales and the overall economy.