Volvo to Develop Electric Motors Itself

As Volvo transitions its lineup to hybrids and electric vehicles, the company is bringing the development of a key enabling technology in-house. 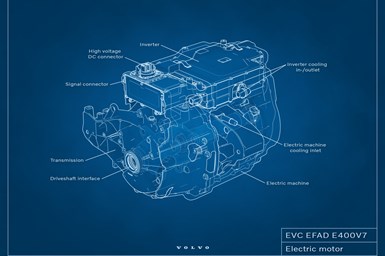 The carmaker plans to design and develop electric motors itself for upcoming electrified models based on Volvo’s new SPA 3 platform, starting in about two years with the redesigned XC90 large crossover.

To support the effort, Volvo has opened an electric motor development lab in Shanghai. The luxury brand is partnering with parent Geely Automotive on the program.

The new center will work with Volvo and Geely’s existing battery labs and related EV component centers in China and Sweden.

By building its internal capabilities, Volvo expects to better tailor components to its requirements and boost the performance of its EVs. 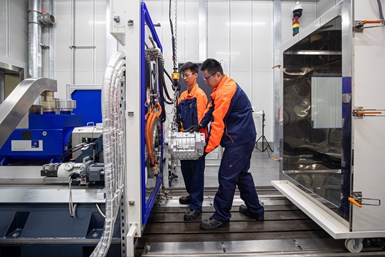 "Through in-house design and development, we can fine-tune our e-motors to ever better levels," says Henrik Green, Volvo’s chief technology officer. "By constantly improving their overall performance levels in terms of energy efficiency and comfort, we create an electric driving experience that is unique to Volvo."

It isn’t clear if Volvo will produce the motors too or outsource the assembly based on its design. 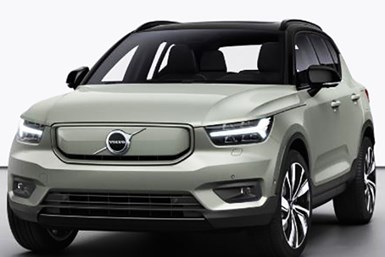 Volvo’s ambitious plans call for all vehicles to have electric propulsion systems by 2025.

By that time, the carmaker expects to derive half of its sales from hybrid models and the other half from full EVs—marketed under the new Recharge sub-brand.

The first EV will be the 2021 XC40 Recharge crossover, which debuts later this year.

Volvo is targeting a 40% reduction in the lifecycle carbon footprint of its vehicles by 2025, compared with 2018 levels. In addition to electrification efforts, the initiative includes reducing manufacturing emissions, new partnerships with suppliers, recycling and using more bio-based materials.