Volvo, which has been testing autonomous vehicle systems for nearly a decade, plans to begin offering the technology for select highway applications in 2022. 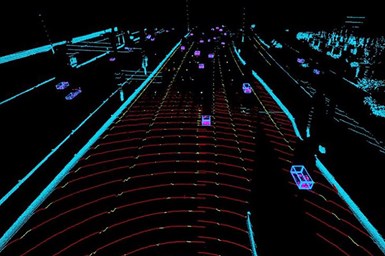 The feature will be available as an over-the-air software upgrade on vehicles built on the carmaker’s new SPA2 platform, starting with the XC90 crossover/SUV. The architecture also will underpin the next-generation XC60 crossover and V60 wagon.

Initially, autonomous vehicle operation will be limited to roads “verified to be safe for individual geographic locations and conditions,” according to the carmaker. Volvo previously has said it expects autonomous vehicles will account for about one-third of its sales by 2025.

The optional Highway Pilot package will team software from Volvo’s Zenuity affiliate with a sensor array that includes cameras, radar and lidar. The latter will be “seamlessly integrated” into the roof. 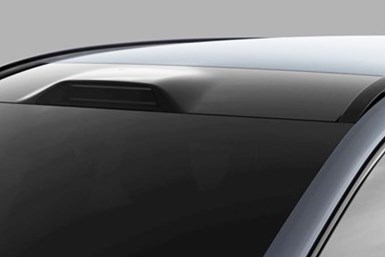 Silicon Valley-based Luminar Technologies, which was formed in 2012, will supply the lidar system. Volvo made an unspecified minority investment in the company two years ago.

Luminar claims its “Iris” system has 10 times the range—up to 250 m (820 ft)—and 50 times better resolution than other lidar. The patented system uses receivers made of indium gallium arsenide, which operate on a much shorter wavelength and are more efficient at capturing light than silicon-based units.

Volvo and Luminar demonstrated the technology in November 2018.

Lidar (light detection and ranging) sensors are considered a key enabling technology for fully autonomous vehicles. Carmakers have been testing the technology (mostly from market leader Velodyne) in prototype vehicles for several years.

The only application in a production model to date, however, is in the Audi A8. That system is supplied by Valeo and Quebec City-based LeddarTech.

That’s expected to change in the coming years as lidar costs continue to come down, thanks to technology improvements and economies of scale. Luminar has said its Iris system, which is about the size of a VHS videotape, will be priced well under $1,000 in vehicles in applications for fully autonomous operations and about half that amount if it's used in conjunction with current advanced driver assistance systems for high-volume vehicles.

Luminar initially will assemble the devices on a pilot production line at the company’s facility in Orlando, Fla. In addition to Volvo, the company has development projects with about a dozen other carmakers, including Audi and Toyota.