Volvo and Veoneer have agreed to dissolve their 3-year-old Zenuity joint venture to allow the partners to better focus their individual efforts regarding automated vehicle technologies. 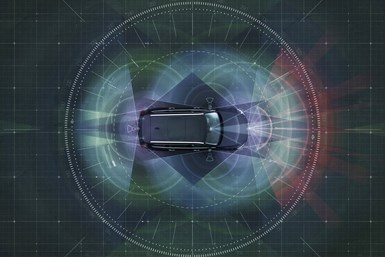 Zenuity’s operations basically will be split in two. Volvo will get everything related to the development of “unsupervised” fully autonomous vehicle systems; Veoneer will take over Zenuity’s advanced driver-assist system (ADAS) business.

The divestiture is expected to be completed in the third quarter. As part of the deal, Veoneer will receive a one-time payment of about $15 million.

The Swedish carmaker will take over Zenuity’s development centers in Gothenburg, Sweden, and Shanghai and make them part of a new stand-alone company owned by Volvo.

The Level 4-capable self-driving software that results will debut in the next generation of cars based on Volvo’s SPA2 platform. Volvo aims to introduce the technology within the next several years.

Veoneer, which was formed in early 2018 when Autoliv spun off its electronics business, will integrate Zenuity’s ADAS business into its own operations. This includes more than 200 software engineers at Zenuity’s development centers in Novi, Mich., and Munich.

The new structure is expected to save Veoneer more than $30 million per year.

Veoneer aims to build a scalable ADAS platform that can used in a wide range of applications. The supplier expects to derive more than 90% of its business from ADAS by the end of the decade.

The company, which has struggled financially since splitting from Autoliv, sold its 51% stake in a braking joint venture last October to Honda and Nissin-Kogyo for $176 million.