Carmakers and tech companies are scrambling to find partners to help share development costs and speed the commercialization of autonomous vehicle technologies. 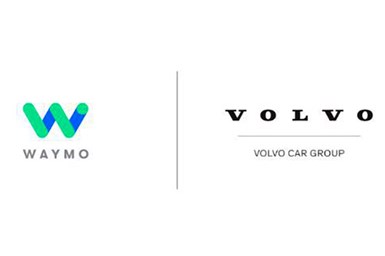 Under the agreement, Waymo will be the carmaker’s exclusive partner for Level 4 autonomous vehicle systems. Volvo will integrate the Waymo Driver platform—including software, processors and a sensor suite—into an all-new electric vehicle architecture for ride-hailing services, according to the companies.

No timeline for the project was provided.

In addition to Volvo’s namesake brand, the company’s Polestar and Lynk & Co. units also plan to use the technology in future models. All of the brands are owned by China’s Zhejiang Geely Holding Group.

Waymo, which has raised $3 billion of funding this year, already is working with Fiat Chrysler, Jaguar Land Rover and the Renault-Nissan-Mitsubishi Alliance. The tech company has been conducting pilot tests with self-driving Chrysler Pacifica minivans for several years in Arizona.

In April, Volvo dissolved its 3-year-old Zenuity joint venture with Veoneer. Volvo took everything related to the development of “unsupervised” fully autonomous (Level 4) vehicle systems, which it plans to use in next-generation cars built on the new SPA2 chassis by as early as 2022.

Volvo also has separate deals with Uber and Chinese tech giant Baidu. Uber plans to begin testing modified Volvo XC90 crossover vehicles on public roads later this year. The program was delayed after a self-driving Volvo crossover operated by Uber struck and killed a pedestrian in Arizona in 2018.