Volkswagen continues to beef up its electric vehicle operations in the U.S.

The company, which plans to launch production at its new $800 million EV factory in Chattanooga, Tenn., in early 2022, is adding a high-voltage testing lab to an adjacent engineering and planning center.

Due to open next spring, the EV lab will feature pressure testers, explosion-rated climate chambers and a custom, multi-axis shaker table (MAST) designed to test the integrity of batteries and other components. 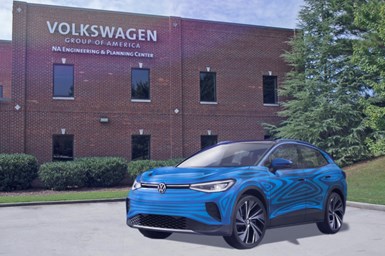 VW claims the MAST will be the second-largest of its kind in the U.S., with supports buried 12 ft under the lab’s floor and buttressed with concrete. The company says it designed the MAST itself to ensure the system could handle extreme operating parameters.

“The battery is not only shaking, it is going through a series of harsh conditions to test its durability in a variety of possible environments, from the South Pole to the Sahara,” says Jason Swager, VW’s director of electrical development. “We needed to build a MAST that could withstand the immense force and frequency that we need to test these batteries.”

Having on-site testing capabilities should help VW meet its launch targets in the U.S. and ensure batteries and other electrical components perform properly in upcoming EVs. 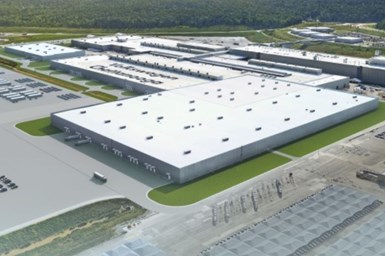 Noting that a lot of carmakers outsource the development and testing of batteries, VW says it prefers to do the work itself to maintain quality and timeliness. The strategy also allows VW to develop its own engineering expertise.

The EVs built in Chattanooga will use battery cells supplied by SK Innovation from a plant being constructed in Commerce, Ga.

Volkswagen Group plans to introduce 30 EVs worldwide across its brands by 2025. The company has committed to spend €33 billion ($37 billion) to develop and build the next-generation models.

It all starts with the ID.3 hatchback, which will be produced at VW’s plant Zwickau, Germany, plant later this year. The facility is being converted from producing traditional vehicles with combustion engines to exclusively EVs. The ID.4 and four other Audi, SEAT and VW models will be added later.

the lab is planned to be built to LEED standards for environmental impacts, through steps such as a battery-to-grid connection that sends unused energy back to utilities.