Volkswagen AG says it will launch a compact crossover vehicle in South America next year. 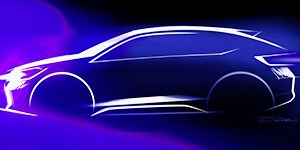 Dubbed the Urban Coupe, the vehicle initially will be built at VW’s plant in Anchieta, Brazil. Production at an unnamed European factory will be added in 2021 for global markets.

VW says the model will be the first vehicle designed and developed in Brazil that the company has sold internationally. But the car will ride on VW’s ubiquitous MQB platform that debuted in 2012.

A sketch of the upcoming vehicle indicates it will be a five-door crossover with coupe-like styling. VW says the car will combine sportiness with a high driving position.