Volkswagen AG will build the production versions of its concept Buzz and Crozz electric vehicles in the U.S.
#europe #Volkswagen 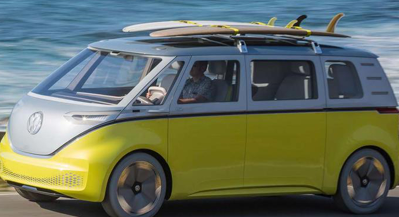 Volkswagen AG will build the production versions of its concept Buzz and Crozz electric vehicles in the U.S.

The carmaker wants to “localize electric mobility” in the U.S., VW Group of America CEO Hinrich Woebcken tells Autocar. He says it isn’t viable to import such vehicles into a “high-volume” scenario.

Woebcken says the U.S. editions of the vehicles will be “Americanized” for local tastes. He didn’t elaborate.

The compact Crozz crossover vehicle and an electric hatchback are due to launch in 2020 as part of VW’s new I.D.-badged EV lineup. This will be followed by the I.D. Buzz microbus in 2022.

VW executives previously have indicated the company’s underutilized Chattanooga, Tenn., plant would be first in line to make future EVs for North America. The factory currently makes the Atlas crossover and Passat sedan.