VW Doubles Down on EVs, Software

He says carmakers face two existential challenges: electrifying their fleets and developing the software to control their next-generation vehicles. 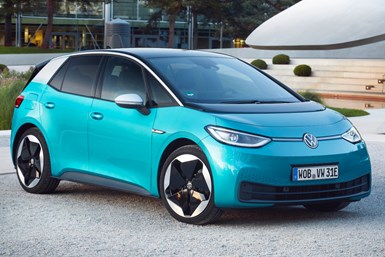 “If you are not fast enough, you are not going to survive,” Diess tells Bloomberg News. The next 5-10 years, he adds, will mark “the most important race and decisive point for our industry.”

Diess says VW is committed to leadership in both areas no matter how much the persistent COVID-19 pandemic limits its ability to generate revenue. “We think we can do it,” he says. “We have software skills, and we are ramping up fast.”

Speed is only part of the challenge. The efforts also will entail prodigious spending.

VW Group plans to roll out 75 all-electric models across its 12 car and commercial truck brands by the end of the decade. The company targets annual EV output of 900,000-1.5 million units by the end of 2023.

In September, the company confirmed the spending will include $17 billion to launch 15 plug-in hybrid and all-electric models in China by 2025.

VW is concentrating its software efforts through the Car.Software team it launched in January and the Project Artemis engineering unit now being set up by the company’s Audi unit. Car.Software is projected to become a $7.7 billion business with 10,000 employees by 2025. 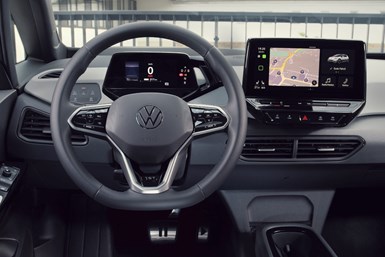 VW’s aim is to boost the proportion of software development it does in-house to more than 60% by 2025 from less than 10% last year.

The collaboration between the two teams also will spawn a single in-car operating system—dubbed vw.os, of course—intended to become the underlying operating platform for all future VW Group vehicles.

Diess acknowledges that pulling off VW’s robust plan ultimately assumes that car buyers can be coaxed to go along with the idea of switching to electric powertrains.

Government policy could play a key role. With enough help from politicians and regulators, Diess points out, consumers will find it “very difficult to decide against an electric car.”

True enough, but counting on that overwhelming level of support isn’t realistic.