Ford and Volkswagen agreed 10 months ago to partner on future pickup truck and van projects. Today VW board formally approved the first batch of those programs.

At least some of those programs—all of which are part of a nonequity partnership launched 16 months ago—are expected to include shared production facilities. Last year the two carmakers indicated that the first of their joint truck programs would go into production in about 2022. 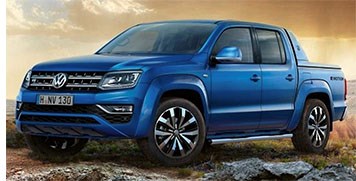 The Ford-developed pickup is intended to replace VW’s Amarok truck in markets outside the U.S. The large delivery van program, presumably based on Ford’s Transit van architecture, will result in a vehicle to be branded separately by both companies and sold in Europe.

The EV model to be developed for Ford will ride on VW’s MEB (modular electric toolkit) platform. The vehicle is expected to hit the European market in 2023.

Not yet finalized is VW’s separate investment in Ford’s Pittsburgh-based Argo AI artificial intelligence unit. Last July the German carmaker agreed to acquire about 37% of Argo, which is developing Level 4 autonomous driving systems, for some $2.6 billion. At the time, Argo was valued at $7 billion.

Argo tells Reuters the deal, now worth $3.1 billion, is on schedule and will close “soon.” Under the agreement, VW will invest about $1 billion in cash and merge its own autonomous intelligent driving company with Argo.