Volkswagen Group’s namesake brand plans to launch 34 new and redesigned models worldwide next year. The rollout will feature a dozen SUV/crossovers and eight electrified vehicles (hybrids and full-electrics). Or, in some cases, both—such as the upcoming ID.4 compact EV. 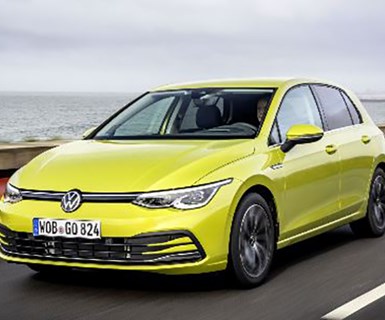 At this point, only a handful have been identified. Topping the list is the eighth-generation Golf small car, which was unveiled in October. The mainstream model doesn’t inspire much excitement—that’s not its role—despite adding some nifty safety and connectivity features.

Other models promise to be much more “emotional.” These include a drop-top variant of the T-Roc crossover, Arteon Shooting Brake sport wagon and the high-performance Tiguan R compact crossover.

VW already has revved up its crossover lineup, which now accounts for just over half of its U.S. sales volume and more than one-third of the brand’s European deliveries. Next year’s addition of the Atlas Cross Sport—a 2-row variant of the larger Atlas—and an unnamed entry-level model will further tilt the ratio away from traditional cars.

The transition already is paying benefits. VW says this year’s crop of crossovers has allowed it to boost its market share as global sales volume declines. (While industrywide sales slipped 2% through November, VW lost less than 1% in volume).

SUVs also are a cash cow. Such profits will help fund an onslaught of EVs, starting with next year’s Golf-sized ID.3 hatchback in Europe. This will be followed by as many as 10 other ID-badged models through 2025. All will ride on the modular MEB chassis that will eventually carry 27 EVs across VW Group’s various brands.

The increased market share, coupled with ongoing cost-cutting initiatives, puts VW on track for a record operating profit this year and even better results in 2020, the company predicts. By the end of this month, VW expects to be close to reaching the €3 billion ($3.3 billion) cost-savings target it set three years ago.

The savings will be funneled back into r&d. Big time. Some €19 billion is earmarked for future technologies through 2024, of which €11 billion will go toward e-mobility.