Acquisition talks were suspended earlier this year as the COVID-19 pandemic spread. But Navistar Chairman Troy Clarke said in June that Traton’s offer was still “on the table.”

VW created Traton by combining its own commercial truck operations with its acquisitions of Germany’s MAN and Sweden’s Scania. The affiliate went public last summer. 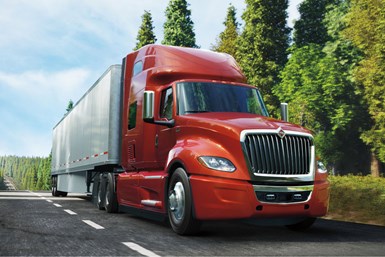 Sources confirm to Bloomberg News that Traton is preparing to resume talks. The company considers Navistar and its dealer network an attractive way to establish an ability to compete with Daimler and Volvo Trucks in the American market.

VW acquired 16.7% of Navistar in 2016 for $225 million. The Lisle, Ill.-based maker of buses and Class 8 trucks had been shopping for a partner since 2010 to help it meet increasingly tough U.S. diesel emission standards.

Traton offered in January to pay $35 per share for the balance of Navistar shares, which was trading for about $27 at the time, in a bid worth $2.9 billion.

Navistar’s stock price closed yesterday above $35, suggesting that a richer offer will be necessary to cinch the acquisition.

To swing the deal, Traton will need to win over Navistar’s two other major shareholders: U.S. billionaire Carl Icahn, with a 16.8% stake, and MHR Fund Management, which owns 16.3%.