Volkswagen AG took the wraps off the all-electric ID.3 small car earlier today ahead of this week’s Frankfurt auto show. 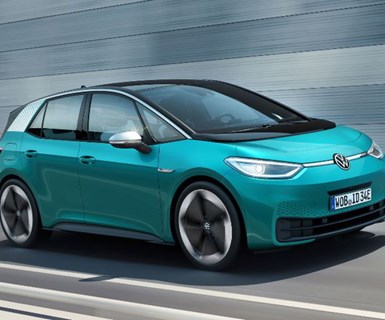 The production model, which will debut in Europe next summer, is the first of several EVs the carmaker will market under its new ID sub-brand. There are no plans to offer the ID.3 in the U.S.

Exterior styling is highlighted by LED headlights connected by a thin lightbar across the hood. The matrix-style LED headlights automatically adjust high beams so as not to blind oncoming traffic. 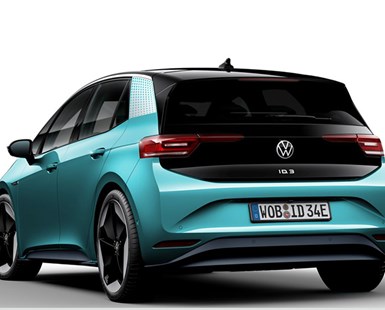 The clean front end has no conventional upper grille but does includes a large lower air intake. The rear gets a glass hatchback and a large roofline rear spoiler.

The Spartan interior features a 10-inch floating infotainment screen and an optional head-up display. All controls—including those on the electrically adjustable multifunction steering wheel—can be operated via touch pads. The only conventional buttons are for electric windows and hazard warning lights. 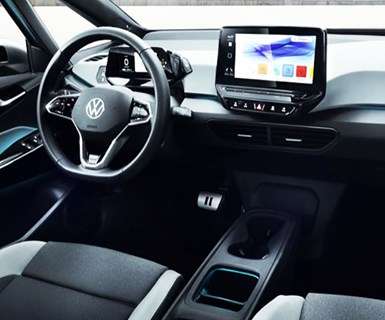 Many vehicle systems also can be accessed via “natural conversation” voice control. The EV’s 13.4-cu-ft of rear cargo space is equivalent to the Golf’s.

The car’s electric motor generates 201 hp and 229 lb-ft of torque. VW claims the ID.3 will have “intuitive handling” and “phenomenal performance,” with a top speed of 99 mph.