VW’s Jetta Brand Off to Strong Start in China 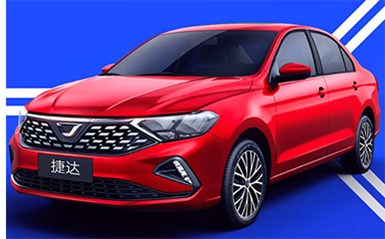 VW confirmed plans in February to launch Jetta as its own entry-level brand in China. The marque debuted last month with two models—the VS3 small sedan (pictured) and VS5 small crossover vehicle— and plans to add the larger VX7 crossover soon.

Media reports say VW also may add a mini-crossover called the Jetta VS3, a variant of SEAT’s Arona model. The Jetta lineup is being marketed through its own dealer network in China.

VW unveiled all three Jetta models in March. The cars were designed at VW headquarters in Wolfsburg and are being produced in Chengdu through VW’s joint venture with China FAW Group. All three models share the company’s ubiquitous “MQB” front-wheel-drive platform, which also carries the VW Polo, Golf and Passat cars and Tiguan small crossover.