Subsidies are usually part of the deal when you buy an electric car these days. In Germany, they can cover the entire cost of the vehicle.

You read that right. Autohaus Koenig, a 50-dealership chain in Germany, is promoting a “free” lease deal—made possible by an artful combination of discounts and government incentive programs—on a Renault Zoe supermini EV. 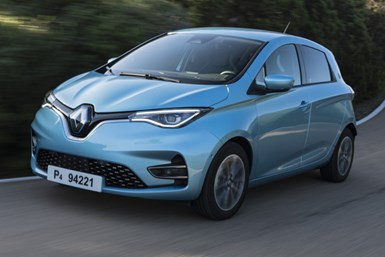 If you’re feeling a little more flush, there’s Carfellows, an online startup in Germany. It is reviving a special lease deal on two-seat Smart electric city cars that costs less than $12 per month. When it offered the same plan in June, the company sold out its inventory in three days.

Both deals are possible because of a new wave of national EV subsidies intended to help the European Union meet its pledge to cut carbon dioxide emissions. Most offers, including those in Germany, are linked to broader initiatives that also support the spread of public EV charging facilities.

Germany isn’t the only one. France is offering rebates as great as €7,000 ($8,000) that enable customers to lease a Zoe for as little as $90 per month. France’s subsidies are a big part of an $8.8 billion government plan unveiled in May to stimulate new-car sales amid the coronavirus pandemic.

These super deals are limited, and there is some fine print to consider. Bloomberg notes that most generous offers apply to company cars, where additional tax breaks and other discounts are part of the equation. Some offers require a one-time payment.

Even so, regular consumers in Germany can snag a Zoe for $44 per month. The same car goes for as little as $90 per month in France.

Support for EV sales varies across western Europe, but virtually all countries in the region are backing the electric car market in one way or another. The global gold standard is Norway, where years of nonstop government incentives have enabled EVs to capture more than half of all new-car sales. The country aims to push that ratio to 100% by 2025.

Similarly, the Netherlands leads all countries in the ratio of public charging points per mile of roadway.

Promises of “free” EVs are marketing stunts. They do underscore the impact of incentives on sales, but the real breakthrough will come when electrics don’t need the help. That day is approaching, but it’s not here yet.