Imitation is said to be the sincerest form of flattery. If so, Waymo’s acquisition of Latent Logic this month should make motorists downright giddy.

The U.K. startup, which was spun off from Oxford University’s computer engineering department in 2017, specializes in “imitation learning (IL),” a type of artificial intelligence-based machine learning. Such technologies are critical in bringing autonomous cars to life.

Waymo uses a mix of physical tests and computer simulations to study and mimic how real people behave on the road. The magnitude of these efforts is staggering. Since its inception, the 10-year-old Alphabet/Google unit has logged about 20 million miles on public roads and 10 billion miles in the virtual world—yes, you read that correctly—with another 10 million in simulations being added daily. 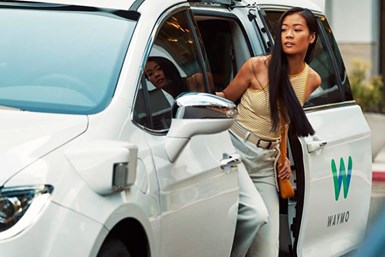 But the ultimate success of self-driving cars will hinge upon how well they handle the unexpected. That’s what simulations are for. They model the most challenging conditions imaginable.

Enter Latent Logic and IL. Also known as learning from demonstration, the technology creates a database of observed behaviors, which are then used to train machines—in this case cars—to replicate and predict the actions of humans.

This differs from more conventional AI-based reinforcement learning, which requires humans to identify good behaviors rather than making a robo-car work out for itself what is and isn’t acceptable. The IL approach promises to speed up the process, enabling AI to train autonomous cars to respond “realistically” in complex and unexpected situations. Examples include:

Latent Logic has used data from traffic cameras and drones to help build its current behavior models. As part of Waymo, the company plans to incorporate footage from vehicle cameras into its platform. Earlier this year, Waymo open-sourced 1,000 high-resolution driving scenes that other researchers can access for free.

The acquisition also gives Waymo a foothold in Europe as the Silicon Valley-based company expands its international presence. The Latent Logic team—including co-founders Shimon Whiteson and Joao Messia— will continue to be located in Oxford, which is becoming a tech hub itself.

Waymo took its first steps on the global stage this summer by inking development deals with Renault and Nissan for potential initiatives in France and Japan, respectively. The Renault partnership is expected to start with a robo-taxi service between Charles de Gaulle airport downtown Paris and in time for the 2024 Summer Olympics there.