Well, now you can add another $750 million to the stack to make it an even $3 billion.

The self-driving vehicle unit of Google parent Alphabet Inc. extended its first external funding round so several other investors could ante up. Until now, the 11-year-old company has relied on internal funding from Google/Alphabet.

Cashing in on Team Spirt

Waymo CEO John Krafcik likens the company’s business to a team sport with collaborations with various OEMs and suppliers, operations partners and local communities. The new investors are an extension of the concept, albeit a very lucrative one. 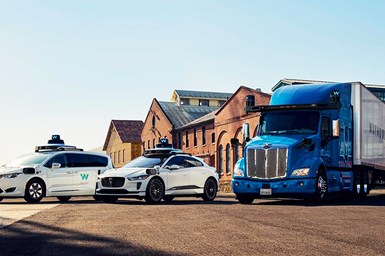 Without going into specifics, Waymo says it will use the new funds to deepen the company’s investment in its people, technology and operations. This includes deploying its fifth-generation “Waymo Driver” technology in applications around the world.

Krafcik notes that ongoing concerns about social distancing in the wake of coronavirus pandemic could accelerate consumer interest in robo-taxi services, such as Waymo One. "COVID-19 has underscored how fully self-driving technology can provide safe personal mobility and delivery services," he says.

Waymo began offering consumer rides in self-driving Chrysler Pacifica minivans (with a backup driver onboard) three years ago on public streets in Arizona. Last year, the service was expanded to include driverless rides.

Waymo says its technology has been used in autonomous vehicles that have covered more than 20 million miles on public roads in 25 cities, plus 10 billion miles in simulation. In addition to ride-hailing, the company is launching its Waymo Via self-driving package delivery service.

Waymo, which stopped customer service and testing in March due to the coronavirus, begun a tiered reopening in Arizona this week. The program initially will be limited to the company’s test fleet but is expected to expand to consumer service—with new safety protocols—in coming weeks.