In a few weeks, just about anyone in suburban Phoenix will be able to grab a ride in one of Waymo’s fully robotic cars.

CEO John Krafcik tells reporters that for at least the next several weeks 100% of every ride will be without a safety driver behind the wheel. The company also is encouraging riders to bring along friends and family and describe their experience on social media. 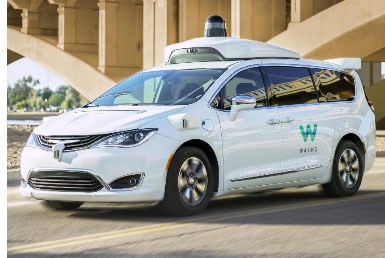 It’s a startlingly shift for a service that has eschewed publicity until now.

Waymo began five years ago to allow select members of the public in Phoenix to ride in the company’s fully robotic Chrysler Pacifica minivans. The tests started out with a few vehicles—all with a backup driver on board—and slowly grew to a manned fleet of about 300 vehicles.

Last year Waymo began allowing a few hundred “early riders” to make trips in truly driverless vehicles. All participants were required to pledge not to discuss their experiences publicly.

By the beginning of 2020, Waymo was shuttling some 1,500 users of its closely controlled Waymo One phone app around a 100-sq-mile area outside Phoenix that covered Chandler, Gilbert, Mesa and Tempe. Only about 10% of those trips—roughly 100 per week—were in vehicles with no safety driver inside.

Then the coronavirus arrived.

The COVID-19 pandemic prompted Waymo to suspend all ride-hailing operations—except those without a driver monitor. Now the plan is to shrink the driverless service area to 50 square miles but also expand its availability to anyone who downloads the app.

Waymo also has dispensed with the non-disclosure agreement requirement for riders. That move signals that the company is confident that its autonomous driving technology has been refined enough to survive public scrutiny.

Not that Waymo is ready to go all-driverless all the time, though. Krafcik says backup pilots will return on some trips late this year when Waymo broadens its service area again.

But he says that won’t happen until the company completes the installation of COVID-19 barriers between the backup driver and the passenger compartment.