Sales of traditional cars have taken a beating as consumers opt for SUV/crossover vehicles instead. Will minivans be the next casualty?
#Volkswagen #europe

We’re seeing a whiff of that possibility at Volkswagen. VW brand chief Arno Antlitz tells Automotive News Europe he’s reviewing whether the company still needs all three of the minivans in its European lineup: the little SportVan, compact Touran and large Sharan. 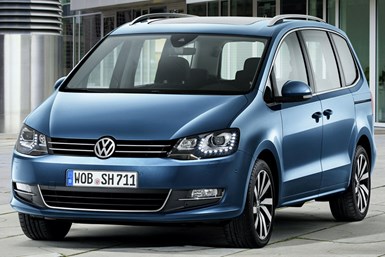 It’s easy to see why VW is taking a look. Combined sales of those three models shrank 16% to 130,900 units in Europe during the first 11 months of this year compared with the same period in 2018. At the same time, European demand for VW’s two small SUV models jumped 18% to 439,000 units.

Trends like those are catching the eye of financial types at VW Group these days. Why? Because the company, like its rivals, needs to cut costs to help pay for electrifying its fleet, developing connected-car technologies and figuring out how to enable future models to drive themselves.

Antlitz tells ANE that VW already has reduced the number of engine-transmission combinations it offers by 30%. The company also has dropped several slow-selling models entirely.

VW isn’t alone, and it isn’t done trimming. All mass-market carmakers face similar financial challenges and all are scrutinizing their product portfolios for models that no longer justify themselves.

These new models aren’t likely to sell in big numbers either, at least at first. But they will help carmakers meet tightening emission and fuel efficiency rules, and that is the defining name of the game in Europe and Asia today.