Boston-based WiTricity has big plans for its wireless charging technology as demand for electric vehicles begins to accelerate, especially in Europe and Asia. 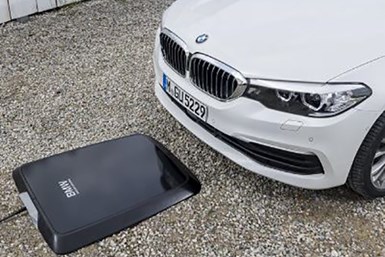 In the last 20 months, the company acquired one of its main rivals—Qualcomm’s Halo business—and launched its first two production applications in the high-end BMW 530e iPerformance sedan and McLaren Speedtail Hyper-GT supercar.

To support the effort, WiTricity has raised an additional $34 million in funding.

WiTricity plans to use the capital infusion on r&d, expanding its intellectual property portfolio—with the Halo purchase it has more than 1,000 global patents—and commercialization programs. 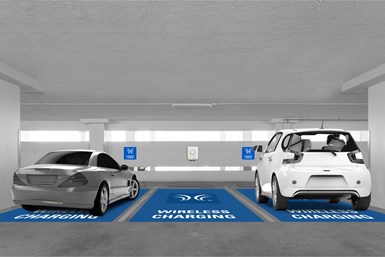 The protocol, which has been in the works for 13 years, will enable EVs and plug-in hybrid models across most manufacturers to use a common wireless system. J2954 sets criteria for interoperability, electromagnetic compatibility, EMF performance and safety for wireless equipment for EVs and ground-system equipment.

The supplier also is working with the International Organization for Standards and various groups in China and Europe.

WiTricity’s system uses an induction pad that generates a magnetic field to transfer electricity to a vehicle-mounted receiver.

Charging is automatically initiated when an EV or plug-in hybrid is parked, and the receiver is within 10 inches of the pad. Only one vehicle can be charged at a time.

The system supports Level 1 or Level 2 systems. Charging speeds are equivalent to plug-in conductive units and have a grid-to-vehicle efficiency rate of more than 90%, according to the supplier.

In addition to BMW, McLaren and Mitsubishi, WiTricity is working with several other carmakers and suppliers. The company says it has licensing agreements with about a dozen companies, including Aptiv, Mahle and Toyota.

WiTricity also expects wireless charging to be a key enabling technology for future robo-taxis and other shared cars. These vehicles often are driven around the clock, the supplier notes, thus need easier and faster charging capabilities to stay on the road longer.