Women are about half as likely as men to use nearby public transportation, due in part to safety concerns, according to a new study conducted in Los Angeles.
#people 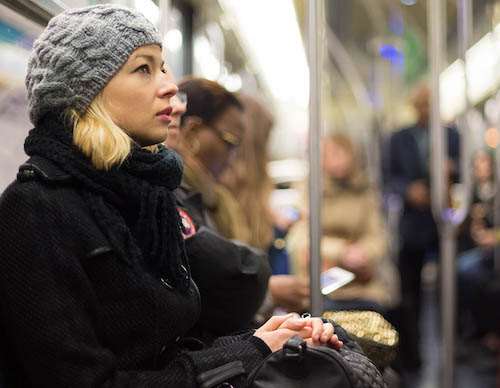 Women are about half as likely as men to use nearby public transportation, due in part to safety concerns, according to a new study conducted in Los Angeles.

The use of public transit increased by 4.3% among people surveyed who live within a half mile of California’s Expo light rail line, which connects Los Angeles to Santa Monica, after new stations were opened. But increased usage among female respondents was half that of their male counterparts.

Of the women who said they wouldn’t use nearby transit, one in five cited fear for their safety and/or harassment. Concerns included safety on the train, at the station and the walk to and from it.

The authors note that steps must be taken to alleviate safety concerns before women will consider public transportation as a more environmentally friendly alternative to other means of transportation.

Other researchers and experts agree, noting that violence and harassment against women is often underreported. They call for more staff at stations, better lighting and making the walk to and from a station safer. The latter can be achieved in part by locating stations closer to public parking, restaurants, bars and other popular meeting places, reports Wired magazine. Another potential option is to offer “Women Only” train cars.

Such innovations are needed to help women feel safer and improve overall as safety as society transitions to multi-modal mobility systems. We forget sometimes that cars offer a level of safety that is not found with mass transit and other emerging environmentally friendly modes of travel.