Supplier giant ZF says it will launch a “Level 2+” semi-autonomous vehicle system late this year in Asia with an unnamed carmaker. The vehicles will be among the first in the world with such capability, which adds automated lane changing to other advanced driver-assist features.

Perhaps even more significant is the system’s cost. The technology, which ZF calls coAssist, will be priced “well under $1,000” to OEMs.

This will make coAssist the “most cost-optimized” technology of its kind in the market, according to ZF CEO Wolf-Henning Scheider. Moreover, he claims ZF will make a profit, albeit a small one, at that price point. 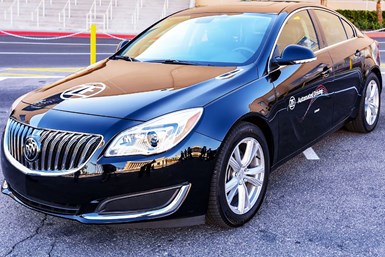 Scheider says Level 2+ systems have the greatest potential for bringing automated driving functions to the masses. This is due in large part to their relative affordability. Level 3-5 systems would require a much higher-powered controller and additional sensors, including pricey lidar units.

Another limiting factor: Higher level autonomy currently isn’t legal. At least not in the U.S. or any other major world market.

In contrast, Level 2+ systems are designed to meet future regulations. This includes more stringent Euro NCAP standards due to be phased in over the next five years.

ZF’s coAssist system builds on the company’s existing suite of sensor and control technologies. This includes a forward-looking camera (with a Mobileye EyeQ chipset), a mid-range radar and four short-range Hella radars—one at each corner. A domain-specific electronic control unit coordinates functions based on the various inputs.

One of the key upgrades is a sophisticated lane-centering technology that more precisely positions a vehicle in relationship to those in adjoining lanes.

Lane changes are triggered when a driver activates the turn signal. Maneuvers are initiated only when the path is clear.

ZF demonstrated the technology on a specially equipped Buick Regal this week at CES. The car performed well during hands-free operations in its own lane. But drivers occasionally needed to take control during lane changes. ZF says it is making the necessary corrections and will have everything ready for this year’s launch.

The supplier also is readying two other Level 2+ systems—coDrive and coPilot—with additional capabilities that it plans to launch within the next four years.

For now, ZF expects fully autonomous Level 4/5 technologies will be limited to commercial vehicles and shuttles (it’s testing the latter at a European airport).

The company’s first Level 4 commercial truck system is targeted for a 2024/25 launch. It will be powered by a supercomputer (developed with Nvidia) that is capable of more than 150 trillion calculations per second. In case you’re wondering, that’s equivalent to about 120 high-end smartphones.

The Level 4 system is expected to cost more than $50,000. Needless to say, significant cost reductions are needed for passenger cars. Until then, Scheider says, Level 2+ will help drivers get accustomed to giving up control and will eventually pave the way for full autonomy.